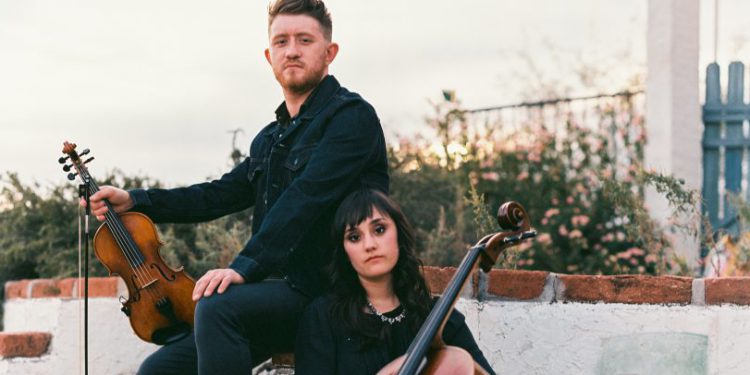 Man, there sure are a lot of Canadians in Nashville these days.

Beloved bluesman and producer Colin Linden’s been down there for years; he even works on the TV show Nashville.

Roots Americana artist and former Spirit of the West accordionist Linda McRae’s living down their now with her American husband, hosting songwriting workshops and traveling to teach writing to prison inmates.

Juno-winning artist, producer and label-owner Steve Dawson relocated his Henhouse studio there a few years ago.

And guess who else is there?  Ben Plotnick from the Fretless!

Ben, it turns out, has a fabulous duo project with Kaitlyn Raitz, who you might know from her work with the Bombadils.

Kaitlyn’s not Canadian, but she did earn her Masters in classical cello from McGill University, so I think she gets some kind of honorary status for that.

In any event, they call themselves Oliver the Crow, and man do they ever sound cool.

Oliver the Crow is completely built upon minimalist arrangements of Kaitlyn’s cello, Ben’s fiddle and their two voices.

It reminds me a bit of some of the other stuff coming out of Montreal these days, featuring classically-trained McGill music students crossing over into pop, jazz, and folk. Plumes comes to mind, as do the Bombadils to some extent.

There’s a certain sophistication and innovation to the song-craft and the arrangements – minimalist as they are – but at the end of the day, tracks like “45,” the video for which we’re premiering today on Roots Music Canada, still sounds like folk songs.

As an added bonus, Kaitlyn’s voice reminds me of that of another wonderful Canadian musical polyglot:  Veda Hille.

Have a listen for yourself!

“45” is from the band’s debut full-length album, which came out last Friday.

Bonnie Dobson finally gets her due for ...