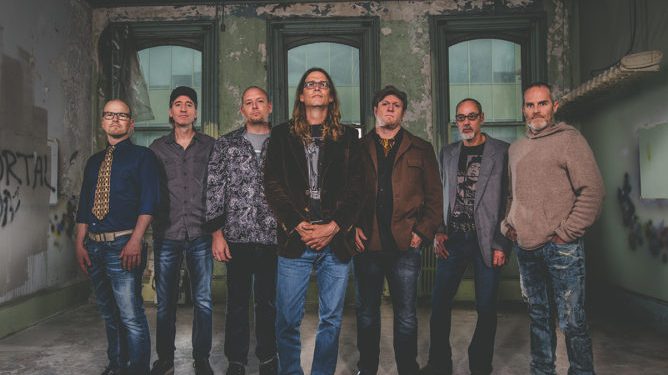 A London, Ont., local may know them best for their namesake coffee roast or for the fact that radio announcers frequently mess up their rather unusual name.

Nonetheless, up-and-coming band Broomsticks & Hammers seems to have it all.

Formed in 2013, the band is named for a saying: “I was raised on broomsticks and hammers.”

It consists of seven members and features a variety of instruments, including guitar, mandolin and accordion.

Their first record, Postcard, was released in 2015, and their most recent record Mirror Box was released May 12, of last year.

Bill Needham, the leading songwriter of the group, explained that most of his inspiration comes from memories. Track number five on Mirror Box, “Gina,” for example, comes from a number of conversations and meetings with a local Tim Hortons barista.

“The lyrics are based out of a number of conversations, a number of meetings just getting coffee.” Bill said.

When entering London’s music scene, the band never expected to be greeted with such open arms, he said.

“I thought that the music circle in London was a lot tighter than it was and harder to crack, but our musician friends really welcomed us into the community.”

Their debut concert was a success, and they later realized how much fellow musicians support each other.

“One thing that I noticed about London’s music scene is that when you go to watch a band, and you look into the audience, I’d say half of the audience members are musicians themselves,” bassist David Jury said.

Still, the band members concede it’s tough getting started as a new act.

The continuous effort does not appear to have discouraged the band, however.

They’ve found creative ways to self-promote, raise money, and energize themselves through tedious tours and late nights; not only do they express themselves through music, but also through the lovely wonders of caffeine. Broomsticks & Hammers Blend comes whole bean or ground and can be purchased through the band at: coffee@broomsticksandhammers.com

Bonnie Dobson finally gets her due for ...