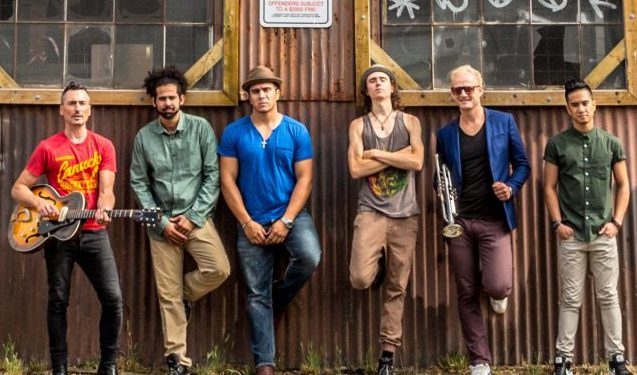 The night was almost perfect. I had just picked up a new book from Owls Nest Books, deemed to be Calgary’s oldest bookstore, with over 40 years in business. It’s one of those fantastic little gems you rarely find anymore. As a disabled person who relies on a mobility scooter to get around, it’s rare that I can enjoy small privately-owned establishments like this, as they are usually small, cramped, and relatively inaccessible.

After making my small purchase, I headed outside finding a shady spot on the sidewalk where I planned to enjoy my new book while I waited for my bus; however just as I opened my new book, a family of three walked by on the sidewalk. A little girl about eight years old was enjoying a double scoop of ice cream in a deliciously fresh-smelling waffle cone.

I looked up the street in the direction they walked from and saw a sign for Village Ice Cream. Ten minutes later I was back in my shady spot with two scoops of salted caramel-flavored ice cream in a recycled paper cup. Not wanting to get ice cream all over my new book, I decided to cue up the new album on my phone that I had been asked to review. The album was Reencarnacion by the Vancouver-based group Tanga.

On their website Tangaband.com the band is described as “World fusion mob mixing up Caribbean dance beats with East African marimba, Colombian electrocumbia and Guatemalan dancehall”. As a young boy who grew up in rural 1980s northern Canada my exposure to any Latin or African styled music was limited to Gloria Estefan, Paul Simon’s Graceland and the 1987 movie La Bamba. I literally had no idea what descriptions like “Marimba”, “Guatemalan Dancehall” or “electrocumbia” were. I was certain that the last one was something somebody made up to sound cool.

The album starts off with a short introduction piece that personally I could do without. It feels out of place, kind of rough and disorganized.

Then the first song, “Oye Lo Que Digo,” begins. A rather retro sounding guitar riff that could have come straight from a nineteen seventies Santana record made my ears perk up. As the rest of the band joined in with that clear Caribbean feel, I was hooked.

Though I do not speak the language or understand 95 per cent of the lyrics there is something both exciting and comforting about Tangas music. I can’t help but smile while listening to the album.

It’s clear Tanga is blending many different styles and influences together. The funky guitar riffs of “Oye Lo Que Digo” give way to Spanish raps and the heavy drum tracks of a track like “Quitoelectro” and the beautifully simple, lyricless “El Marimbero.”  Google confirms that marimba is an instrument similar to a xylophone, providing an explanation for one of those aforementioned descriptions of the band’s music, and Tanga uses the instrument masterfully in their songs.

As I listened to the album, Reencarnacion, my imagination was transported to a place warm and tropical. In my mind, I was dancing with a young, raven-haired beauty as Caribbean-inspired music floated through the streets.

The biggest compliment I could give this album is, as I rode the bus home listening through my headphones, I had a smile on my face, and my nearly paralyzed feet were tapping along to the beat.

I encourage everybody to give the album Reencarnacion by Tanga a listen. It’s musical sunshine that warms your soul.