Six queer Canadian roots heroes to be proud of 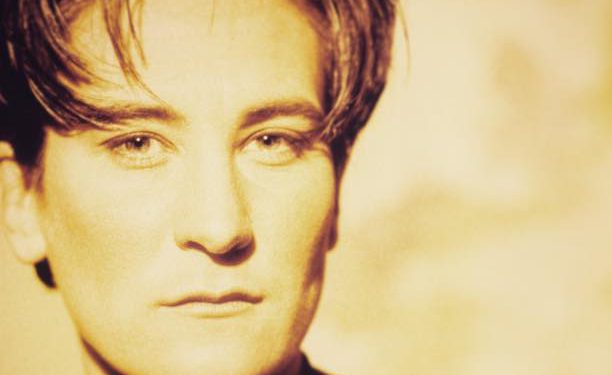 “I’m not a pretty girl,” she sang, “That’s not what I do.
I ain’t no damsel in distress.  I don’t need to be rescued.
So put me down, punk.  Wouldn’t you prefer a maiden fair?
Isn’t there a kitten stuck up a tree somewhere?”

On hearing that last line, the crowed erupted into a deafening roar of whoops and cheers.   It was as if this tiny folk singer had reached into our individual psyches, zeroed in on the experiences that were dragging us down — the ones we didn’t have words for and that nobody affirmed — then sung them back to us in the form of incisive lyrics that took the piss out of the perpetrators and assured us, “It’s not you.  It’s them.”

For so many members of marginalized communities – women, queers, Indigenous people, people of colour – music gives voice to experiences of oppression that we otherwise struggle to articulate.  It also unites us and gives us our own unique culture.

In the Canadian queer community – I use the word queer as a reclaimed term for all those that the culture has, at one time or another, deemed “queer” – folk and roots artists have not only entertained us; they have united us, mobilized us, documented our lives and our history, and served, sometimes unwittingly, as role models helping educate larger society about our lives and issues.

Here are just a handful of our queer musical heroes

Raised in a troubled home in suburban Vancouver, the former Debbie Foisy left home at 15 and made her musical debut in 1975.  She has become, particularly for queer women in their 50s onward,  perhaps the country’s most enduring lesbian musical icon, and songs like “Testimony” and “Misty Mountain” are veritable lesbian anthems.

“What she wrote was not just about being a lesbian; it was about a tough life and moving on and the pain and the joy of who she was/is,” said Pat Hogan, a long-time promoter of women’s music in Vancouver and the organizer of BoldFest, an annual festival for older lesbians (www.boldfest.com).

“And I think that a lot of those things just resonated for a lot of women.”

An uncompromising activist for social justice on a number of fronts, Faith Nolan’s primary passion is arguably her work around the justice system itself.  The child of working class parents of very limited means, Faith grew up with police raiding her home to bust up the gambling and bootleg operations her mother operated to help pay the bills.  To this day, Faith continues to explore how poverty contributes to the over-representation of racialized and Indigenous people in the prison system.

“She’s a very strong feminist, lesbian and black woman,” Pat said of her.  … and perhaps one of the only Canadian musicians of colour to make her mark on the lesbian music scene of the 80s and 90s.

She was also one of the subjects of the wonderful 1993 National Film Board of Canada Film, Long Time Comin’, which I highly recommend if you can get your hands on it.

Recipient of the Order of Canada and the Order of Manitoba, Heather Bishop is “an exceptional person,” to quote Pat, a talented, singer-songwriter with parallel careers as both a grown-up and children’s entertainer, an advocate for human rights and environmental causes, a public speaker, and, most recently, a hypnotherapist — and an uber independent woman, who started one of Canada’s first independent record labels, Mother of Pearl Records, and even built her own home north of Winnipeg (She’s also a tradeswoman who piloted and taught the first Pre-trades Training for Women Course in Canada).  Oh!  And most recently, she was appointed to Canada’s Independent Advisory Board for Senate  Appointments.

“The first time I ever saw her … I was just blown away,” Pat said.  “This is a person who’s small in stature, but when she’s on stage she … just sort of consumes the whole stage.”

K.d. lang came out of the closet in the Advocate in 1992, three years before the Supreme Court of Canada decided that gay, lesbian and bi people were even entitled to human rights.  She was already a mainstream success story who – with her boyish haircut, conspicuous lack of makeup, and theatrical cowpunk stage show (at least in the early years) challenged popular conventions about how female country artists should look and act,   Her decision to come out officially paved the way for other artists with mainstream success, such as Melissa Etheridge, to follow suit, and it arguably paved the way for celebrity comings out to this day.

One could argue that Rae Spoon has done more than many activists have to advance the cause of trans rights — simply by being themself.  After making their debut in the mid to late 90s as an artist in the alt-country vein, Rae, who now identifies as non-binary and uses “they” as a singular, gender-non-specific pronoun, has shifted toward folk-pop and electronic music, twice earning a spot on the Polaris Prize long list in the process.  Their pure, evocative vocals and often minimalist arrangements are deeply moving — as are their songs, which sometimes draw inspiration from Rae’s experience growing up queer in a dysfunctional Pentecostal family in southern Alberta.  Meanwhile, Rae’s generosity in patiently explaining their identity to others has doubtless opened doors for other trans and non binary artists to follow in their footsteps.

When I saw Kate Reid perform at a song circle at Vancouver’s Rhizome Cafe a decade or so ago, I felt as if I were watching young Ani DiFranco all over again.  The packed-in audience cheered and whooped at each clever lyric about lesbian life, a testament to just how relatable Kate’s take was to her fellow queer women.  She also made us laugh at ourselves with her wicked sense of humour. Really, I could’ve devoted this entire Pride feature to Kate, because no other Canadian artist has written such a large body of work devoted to queer issues,  but here are two songs I thought you might enjoy.

“Boys Who Wear Dresses” – from Queer Across Canada, a collection of songs based on interviews with queer families.