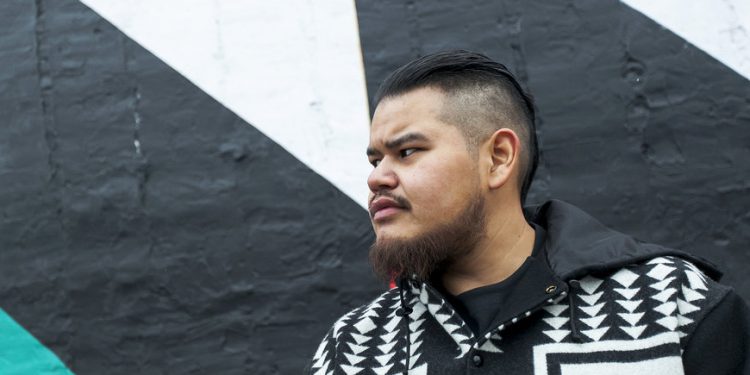 For decades, artists have been turning to music in times of unrest to protest with chord progressions, lyrics, and melodies. Whether it is a song of celebration for those who are marginalized within society, or a fiery outcry against civil injustices, songs have provided a bedrock for social movements throughout history. Just think of Pete Seeger and Joan Baez in 1960s, strumming their guitars in front of thousands of people at Civil Rights rallies in front of the Washington Monument. Or flash forward to N.W.A and KRS One in the 1980s, rapping about police brutality and shocking the world with the harsh reality of racism.

The Canadian music scene is no exception, particularly when it comes to Indigenous artists. From Buffy Sainte-Marie to Kashtin, there is no shortage of talented Indigenous artists producing tunes that reflect the hardships they face.

This year, in honour of National Indigenous Peoples Day, Roots Music Canada has compiled a list of five Canadian Indigenous artists to check out if you want to honour the struggles faced by the country’s Indigenous people.

Praised around the globe as an innovative new musical force after bursting onto the electronica scene, A Tribe Called Red (ATCR) is no stranger to tackling issues of colonialism, racism and cultural degradation in their music. The producer/DJ duo, comprised of 2oolman and Bear Witness and based out of Ottawa, combine their respective Mohawk and Cayuga First Nations heritages by mixing electric scratched melodies with traditional Indigenous hand drums, singing, and pow wow music. Booming bass beats weave together seamlessly with the quick rhythms and traditional Indigenous voices to create an entirely unique musical experience called “powwow-step,” pulling the experiences of Indigenous people to the forefront with every bar.

While the songs are always crowd-pleasers on the dance floor and in clubs, the group is not afraid to take more serious tones in their music when it comes to discussing their heritage. DJs 2oolman and Bear Witness themselves have been very outspoken in the past about Indigenous issues, including making public statements asking non-Indigenous fans to refrain from wearing head-dresses and war paint to their shows so as not to engage in cultural appropriation.

Their song “Burn Your Village to the Ground” adds in the voice of Wednesday Adams, using her famous Thanksgiving-play speech against the domination of settlers, punctuated by a single piercing line: “You have taken the land which is rightfully ours.”

Mixing poetry with guitar and a folky vibe, Leonard Sumner has become the face of the grass-roots Indigenous music movement with his direct yet extremely powerful words, which provide a window to understanding the effects of colonialism. Tackling issues from residential school to Truth and Reconciliation, Leonard is fierce in his condemnation of the colonial system and unyielding in his aim to try and shed light on the damage done by centuries of adversity.

In a stand-out piece in the style of slam poetry and titled “I Know You’re Sorry,” Leonard criticizes the federal government’s public apology to First Nations people under the Harper administration, using it as a launching point to examine the cultural dissonance within his family and community as an after-effect of forced assimilation. Fast in its pace and sharp in its content, Leonard demonstrates his impeccable ability to meld identity with art in a searing call to justice using the power of language.

This openly two-spirited performer is a force to be reckoned with, exuding both a musical prowess and a vibrant confidence that gives her music an enthralling loud, proud, and unapologetic edge. While many of her musical themes centre around her Mikisew Cree First Nation background, Iceis often speaks candidly about her gender fluidity, identifying as a man by the name of Massy Whiteknife some days, and as the female Iceis Rain on others.

Though the concept of two spirits is common within Indigenous communities, Iceis still dealt with a lot of the prejudices and stigmas that non-binary people face in society today. So she made the conscious decision to focus her work on both the issues she faces as an openly gay Indigenous man in Alberta during the day, and as a female karaoke singer dressed in high heels and lipstick at night. Pulling on her experiences with bullying and abuse, Iceis’ debut album “The Queen” is an anthem for the LGBTQ+ and Indigenous communities that focuses on celebrating your identity, despite intolerance from others.

Following in the socially and politically conscious tradition of rap music, the Snotty Nose Rez Kids bring a distinctly Canadian-Indigenous perspective to the world of hip-hop. The rapping pair of Darren “Young D” Metz and Quinton “Yung Trybez” Nyce hail from the Haisla Nation in B.C., and their upbringing on an Indigenous reservation remains at the centre of their music and essence (hence the name, “Rez Kids”). They have made a point of reclaiming the term “uncultured savages,” incorporating it into several of their songs, all with tightly-worded rap lyrics and steady rhythms.

The powerful duo has fast-tracked the long-standing issues of Canada’s Indigenous people into the modern age, highlighting, for instance, the most recent federal approval of the Kinder Morgan pipeline that has caused immense amounts of controversy across the country within the last year. In a scathing rap denouncing the Trudeau government’s decision, Darren and Quinton voiced the frustration felt by many First Nations communities at the outcome of such a divided issue, as well as blatant statements of solidarity with similar protests such as Standing Rock in the line: “For Standing Rock I stand, Lelu’s voice I am.”

Ansley Simpson is a Toronto-based Anishinaabe singer-songwriter and unique from the rest of the artists on this list. While still a proud Indigenous woman, her songs focus on gentler themes, drawing on the soft and constant yearning for change rather than anger and frustration. Her high, lilting voice floats on her cinematic yet simple melodies as she sings about Indigenous beliefs and practices and how they have shaped her throughout her life. It is a tender reflection on her experiences as an Indigenous woman and artist making her way through the world, a quiet and somewhat wistful meditation on life.

Ansley jumped into the musical community’s eyes in full force earlier last year with the release of her debut album, Breakwall. She rapidly rose in popularity and even took home a 2018 CBC Indigenous Music Award for Best New Artist. Ansley’s claim to her Indigenous identity comes across most strongly in her subtle and causal allusions to First Nations traditions in her music, which creates an unmissable tapestry of images. It is a tender reflection on her experiences as an Indigenous woman and artist making her way through the world, a quiet and somewhat wistful meditation on life.