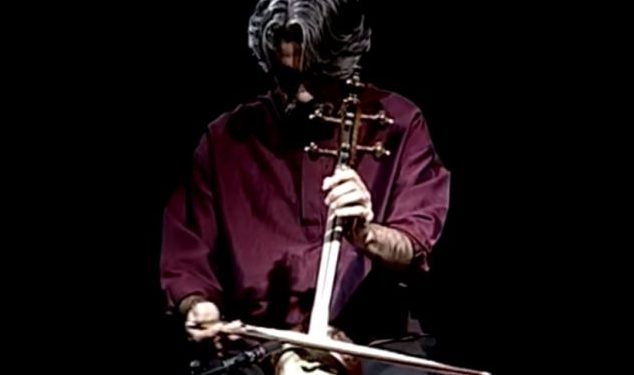 In what promises to be a groundbreaking and exciting feast of music, the Vancouver Inter-Cultural Orchestra (VICO) has announced the dates for and focus of its annual Global Soundscapes Festival.

This year, the festival showcases the instruments and traditions of the Middle East.

VICO will host special guest soloists from Azerbaijan, Iran, and Montreal, and they’ll perform with a who’s who of musicians from Vancouver’s vibrant world music scene in a series of concerts and other events.

It promises to be a rich smorgasbord of amazing sounds and rhythms, and unique connections across borders, continents, cultures, and centuries.

These musical and special events will be held primarily at Granville Island’s Waterfront Theatre (June 19-24), as well as at the Orpheum Annex (June 16) and at the Surrey Arts Centre (June 27). The full lineup of festival concerts is below.

(Video: Tehran-born setar player Kiya Tabassian is an international guest at Global Soundscapes.  He moved to Montreal to study and co-founded both Constantinople, an ensemble that specializes in medieval and Renaissance music, and Nowrouz, which is devoted to classical Persian music.  This is him performing with Constantinople.)

“Audiences can expect a brilliantly expanded sound palette – music that is both rooted in ancient traditions and excitingly fresh to the ear,” said VICO artistic director, Mark Armanini. “You’ll hear ancient folk tunes that have been transmitted aurally from generation to generation for centuries, rollicking improvised melodies and small ensemble jam sessions … contemporary classical works … brand new world premieres of intercultural pieces by Canadian composers … and more! We feel that it’s crucial to combine old and new, classical and fusion to understand and honour the foundations even as we break new ground.”

Tickets are available for individual concerts (see below), or concert-goers can purchase a flex pass to see more than one of these glorious musical events. Full festival and ticket info is at: vi-co.org

World premieres of new pieces by Mark Armanini and Amir Eslami, as well as traditional tunes – all played on Middle Eastern instruments interwoven with the lush, passionate sounds of a cello choir.

FESTIVAL CONCERTS AND EVENTS AT THE WATERFRONT THEATRE

Bringing together some of the finest classically-trained Persian musicians in Canada, B.C.’s own Vashaan Ensemble draws upon Iran’s rich musical past to perform joyful and memorable Persian music – instrumental and vocal, traditional and contemporary. Featuring: the Honari family, Saina  Khaledi and Ali Razmi.

A chance to hear the festival’s international guests perform with VICO musicians up close and personal in a beautiful home setting – and to support the ongoing work of the VICO while doing so!

(Video:  Kayhan Kalhor, one of the international guests at Global Soundscapes, is an internationally acclaimed virtuoso on the kamancheh (Persian spiked fiddle). Born in Tehran, Iran, he was invited at age 13 to work with the National Orchestra of Radio and Television of Iran.  Kayhan has toured the world as a soloist with various ensembles and orchestras including the New York Philharmonic and the Orchestre National de Lyon.)

The evolution of the house concert: Tinder-like ...