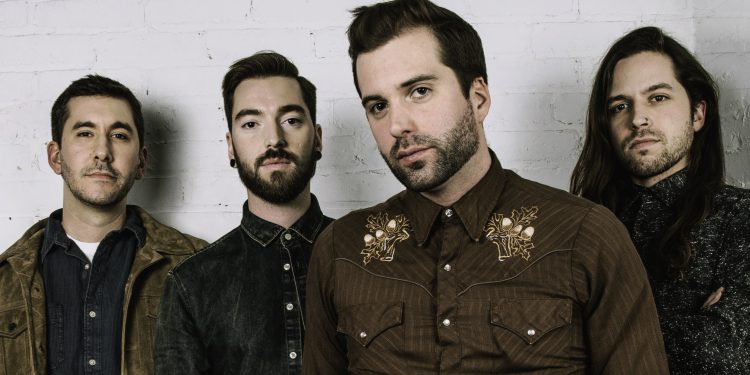 Toronto-based roots rock band Johnson Crook are ready to hit the road this summer, covering western Canada and Ontario starting July 1 at Dauphin Countryfest in Manitoba, and wrapping up with two performances at the CNE Bandshell in Toronto. They’ll also be hitting the Calgary Stampede, along with other festival dates.

To coincide, the band has released a lyric video for their new single “Mining For Freedom,” which appears on their 2017 full-length debut The Album, released through Coalition Music (Records). The quartet—Noel Johnson (rhythm guitars/vocals), brother Nathan (lead guitar/mandolin/vocals), Trevor Crook (drums/vocals) and Jared Craig (bass/vocals)—have forged their sound out of a love of pure, honest music stemming from their small-town backgrounds. Drawing inspiration from groups like the Eagles and the Avett Brothers, each member of Johnson Crook contributes equally, injecting their unique personalities into the overall sound built on four voices.

“Mining For Freedom” was a last-minute addition to The Album. There was heated debate among band members about two other songs up for inclusion, but rather than pick one over the other, Noel Johnson suggested a new, unfinished song, “Mining For Freedom.” The rest of the band quickly got on board with the idea, and the song was ready to record the very next day.

Noel said, “The words ‘mining for freedom’ came from wanting to write a song about following your dreams, but at the same time get the sentiment across that hard work is the only way for that to happen. To me, freedom means finding emotional fulfillment by doing what you love, being the person who you’re meant to be and letting go of the negativity. This doesn’t just fall in your lap; it can take years and years of hard effort. That’s when the imagery of mining came to me. Sometimes going after what you really want in life can feel like you’re digging through a mountain with a pick axe. Putting your blood, sweat and tears into it until you see the light on the other side. That’s when you realize it was all worthwhile. That’s when you feel free.”