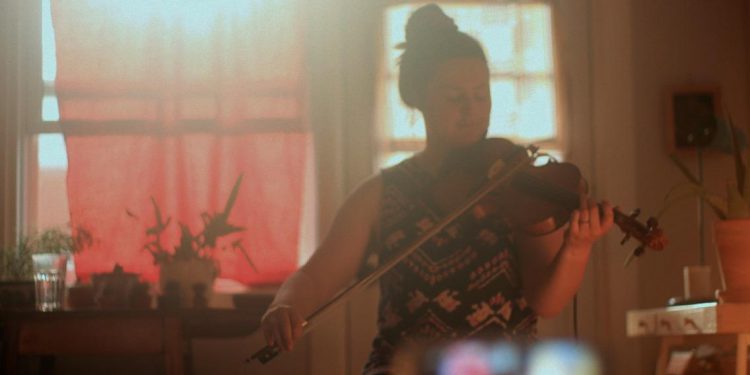 It’s been quite the seven-year journey for Qristina Brooke, who grew up in a musical family in Victoria, B.C.

Four years in Amsterdam saw her achieving a Master’s Degree in Health Sciences, Infectious Diseases and Public Health; three months were spent alone in Uganda researching cholera in local villages; and then two years in Limerick, Ireland produced another Master’s Degree – this time in Traditional Irish Music Performance. A further year in Montreal saw her connected with the huge traditional music community there, and now she is moving back to her family roots in Victoria.

Said Qristina, “Earning all these degrees while juggling a busy touring and performing schedule was tough; I sometimes wonder how I managed to do it!”

Qristina started her professional musical career as half of the award-winning duo, Qristina and Quinn Bachand. The siblings were children when they started their performing careers and went on to tour internationally with a well-deserved reputation as very accomplished and well-respected young musicians. They won just about every award going. It is very clear today that Qristina has not at all lost the drive and determination for excellence that stood her in such good stead during her childhood and teenage years.

For centuries, there has been a tradition of solo violin in Irish music. It’s a challenge for the fiddler to be able to fill out the melody, maintain the rock-solid rhythm alone and accompany oneself. Qristina has proved herself up to that challenge. Linger is an album with diversity, emotion and harmonies, showing off tunes from her extensive Irish repertoire along with her favourites from the Québecois session tunebook.

“It was while I was studying in Ireland that I started experimenting with solo fiddle performance for the first time,” Qristina said. “Traditionally, fiddle was played solo, without accompaniment. However that is very rare to find these days. I love the bare and gritty sound of the solo violin; it’s a more ‘open’ sound that can be interpreted any which way by the listener. Plus there’s a lot of avenues of the instrument to be explored that can add depth without the use of guitar or piano – plucking, double-stops, chords … I wanted to record an unaccompanied fiddle album that plays with some of these interesting and unique, fiddle-specific sounds and techniques.”

On the album, she experimented with eight different fiddle tunings to bring out different tones and dimensions.

Qristina felt as though she bared her soul on this album, she said. As well as traditional tunes, there are her original compositions, and in “The River,” “Nap All Day” and “Cap’s Lament” (about her late dog), you can completely get lost in the feeling as she plays these remarkable compositions. They just might be the best tracks on the recording.

You can see Qristina perform live this summer at the Vancouver Island Music Festival, to be held from July 13 to 15.

We are sure you can’t wait that long to hear Qristina’s new music, so do visit her website: https://qristinabrooke.com and download the tracks immediately.

The Vancouver Folk Music Festival: an ...