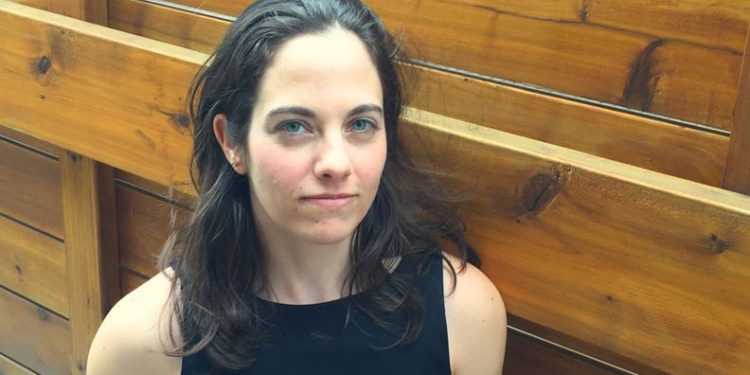 Here at O’Hara House Concerts, we rarely present the same act twice, but a few artists have been such a great fit for our living room that we’ve just had to host them again. Shawna Caspi is one of those artists. We first met Shawna when she attended a Manitoba Hal concert at O’Hara House and, after hearing her music, we booked her for her own show in 2011. Shawna’s strong voice, skilled finger-style guitar playing, unique song-writing, and deeply honest approach turned us into big fans. We’ve hosted her twice more since that first show.  She recently returned to Toronto from a mini-tour in North Carolina with her latest album Forest Fire. We sat down to catch up and talk with her about house concerts.

Shawna Caspi is a fan of both playing and attending house concerts. When touring, she makes a point of seeking out house concerts to attend on her nights off and said she has made some valuable connections that way. Sometimes this leads to booking her own show with those same hosts. Unlike many artists who view house concerts as a way to fill in dates between bigger shows, Shawna considers house concerts to be “anchor gigs” alongside festivals and concert series, because they are likely to be both financially and artistically rewarding.

“I always feel welcomed at a house concert by the hosts and by the audience,” she told us, “and because of the intimate nature of house concerts, the audience-performer connection is stronger. I end the night feeling really fulfilled and joyful.”

Additionally, she finds that house concert gigs take a lot of the stress out of touring because she knows that she has a place to stay, some meals provided, and an established audience to play for.

O’Hara House is not the only house concert presenter that has booked Shawna multiple times, and we asked her why she is able to transition from larger festival stages and concert halls to house concerts so successfully. As a solo performer who sings and plays guitar (either unplugged or plugged in), Shawna feels that her style is very versatile and suits many spaces, including living rooms. But more importantly, she loves the intimate nature of house concerts and enjoys meeting people, interacting with them, and getting closer to her audience than her larger shows sometimes allow.

“With me, what you see is what you get. I’m authentic and honest, and there is no putting on an act when I perform,” she said.

Whether she’s on a stage or in our living room, we couldn’t agree more.

Shawna Caspi left Toronto on June 5 for a Newfoundland tour, which includes house concerts in Lewisporte (at The Citadel House ) and Conception Bay South, before heading south of the border again.

The AfroMétis Constitution project and the redemptive ...

The Vancouver Folk Music Festival: an ...