Gospel in the heart of Saskatchewan: Sonia Reid Noble launches the Sparrow 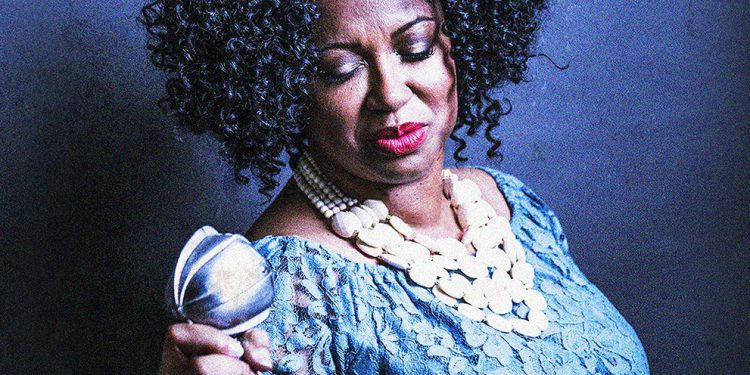 After years of putting her dreams on the backburner for her family, gospel singer Sonia Reid Noble is ready for her close-up.

Sonia, a classically-trained singer, is dropping her first full-length studio album after more than a decade of singing professionally. Her career, she said, was temporarily set back when she moved to Saskatoon from Hamilton so her husband could study at the University of Saskatchewan. He was only supposed to be in Saskatoon for a year, but one year became two, and two became seven. After giving birth to her first child, Sonia resigned herself to staying in Saskatchewan indefinitely and began to cultivate a music career in her new community.

Though her main focus was on her young children and new husband, Sonia still worked hard to strike a balance between raising a budding family and making music. After years of steadily building a name for herself in Saskatoon, she eventually scored a few gigs singing the national anthem for Saskatchewan Roughriders games. She got an even bigger break last year: a sold-out show at The Bassment, a Saskatoon club known for jazz.

“That was the moment where I realized it was time for me to push a little more and do bigger things,” Sonia said.

Shortly thereafter, she began work on The Sparrow, her first full-length studio album, which is due this summer.

After her Bassment performance, Sonia found a massive niche in the market for contemporary gospel music, and she hopes that The Sparrow will fill it.

“When we performed it, the response that we got was really good,” said Sonia. “I realized that these songs aren’t being marketed today.”

Sonia, who cites both gospel legend Mahalia Jackson and hip-hop trailblazer Lauryn Hill as influences, said that the album will include classic hymns and gospel tunes with modern flourishes.

“I’m reinventing some of the old-school gospel I grew up on,” she said. “I want to keep the songs authentic. What we are doing is making them relatable to people today.”

Noble’s goal to “bring church all over the world,” as she puts it, will involve some breaks from tradition. She performs hymns alongside Whitney Houston jams – a formula that has made her performances hits in Saskatoon.

“When I perform, I like to move around a little bit more,” said Sonia.

Though her talent has taken her far, her reinvigorated career wouldn’t be possible without the support of her family. Her husband is “very encouraging” and “really supportive,” staying home to watch the kids while she records in the studio or rehearses for her next gig. Her children, said Sonia, make her music career worthwhile.

“They are the highlight of my life,” she gushed. “Watching them grow is amazing.”

Her children have been included in her music every step of the way, from attending her anthem performances at sporting events to acting as test subjects for her new material. Music has acted as a third parent to the kids, Sonia said.

“Music is intentionally in everything,” she said. Her eldest, a four-year-old aptly named Aria, loves to sing, and Sonia said she takes after her mother.

“She’s definitely my kid,” she said

“His Eye is on the Sparrow,” the title track from Sonia’s forthcoming album deals with the presence of God, a central figure in her life and career.

“God is always watching me,” she said. “Not in a creepy way,” she added with a chuckle, “but in a loving way.” She then crooned, flawlessly, the song’s exuberant chorus.

The lead single off The Sparrow will be available on Sonia’s website, soniareidnoble.com, on June 1.