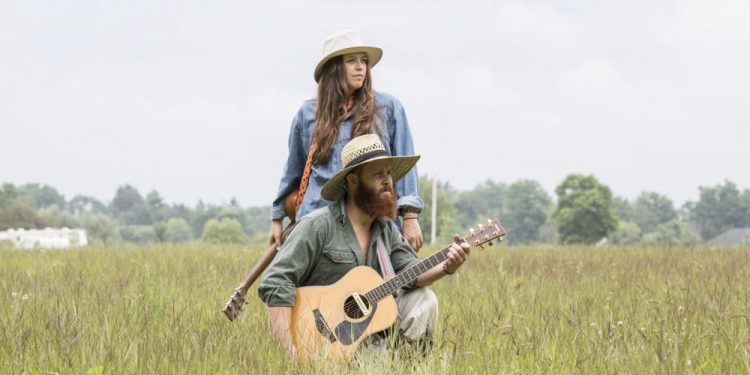 Piper Hayes is a Toronto-raised musician with a keen interest in grassroots music. Her latest album, Piper & Carson – with partner Carson Ritcey-Thorpe – was released Dec. 8, 2017, and Piper is now preparing to go on tour through Eastern Canada from May 30 to June 13 to promote it.

“The stories of these songs took you through this idea of a day in the life and play with the idea of time in a way – timelessness,” Piper said of the album, which includes soul-touching lyrics and some creative embellishments.

Recorded live off the floor in the living room of Thorpe’s Organic Produce in Millgrove, ON, the album features plenty of country sounds, such as cat meows, coyote howls, and frog croaks.

Piper & Carson reflects on the couple’s last few years together and touches on themes of social justice. “Dear 1%,” for example, is a critique of our economic system, with lyrics that include, “I’ve seen the local farmer forced to sell off all his land, while consumer dollars go to factories on foreign sands.”

It was important for Piper to express her own artistic personality on the album, she said, adding, “I think it’s so easy to make music or to make a product and forget what … I’m doing, and I want to make art.”

Growing up, Piper had always been surrounded by various forms of art. Her dad is a professional photographer, while one sister is a writer and the other is a painter.

“If there’s something that we feel like we want to do or that feels in line with who we are, we just go for it,” she said.

The cover art on the album also has a family connection behind it; Carson’s sister, an artist as well, painted the two of them as a Christmas present years earlier.

When not writing music, Piper has volunteered speaking at schools about mental health awareness.

“I feel like I’ve been there,” she said. “I’ve been at that low point and sometimes that’s all you need, is someone to reach out a hand or say, ‘What you’re going through, I hear you, and I hold space for you.’”

Piper and Carson in concert:

Louisiana to Quebec: the music of ...