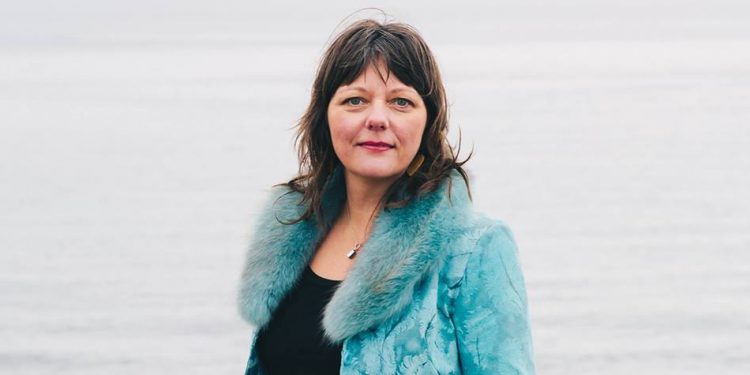 At the southern end of the Long Range Mountains in Newfoundland, there is a stretch of land where hurricane force winds known as ‘Wreckhouse winds’ occasionally blow to gusts of 200 km per hour. Award-winning Newfoundland folk/country singer Sherry Ryan takes the title of her latest album, Wreckhouse, from this area of the island notorious for blowing trains right off their tracks.

As an homage to the Wreckhouse area, Sherry co-wrote the song “Stop the Trains” with her father Jim Ryan, who worked for the Newfoundland Railroad. Local St. John’s paper The Overcast describes the song as a “honky-tonk shuffle in the vein of Lefty Frizzell and Hank Williams, and it’s got all the hallmarks of a country classic in the making”.

The lyrics reference Lauchie MacDougall, the legendary human wind gauge who could ‘smell the wind’ and worked for the railroad from 1939-1965. There’s no doubt that Sherry knows how to tell a good story, and her instantly recognizable voice radiates on this catchy song.

Hailed as Newfoundland’s “answer to Lucinda Williams” by UP Magazine, Wreckhouse features Sherry’s signature cut-to-the-chase lyrics, rocking country rhythms, and 60’s vibe. The first two singles, “Natural Law” and “I Made it on My Own,” are stellar tunes on an album that would make a great addition to any summer soundtrack.

There may be no trains left on the island of Newfoundland, but Wreckhouse winds remain. With her newest release, Sherry Ryan is proving herself as a force to be reckoned with. Catch her as she breezes through a few cities this month with her songs in tow.