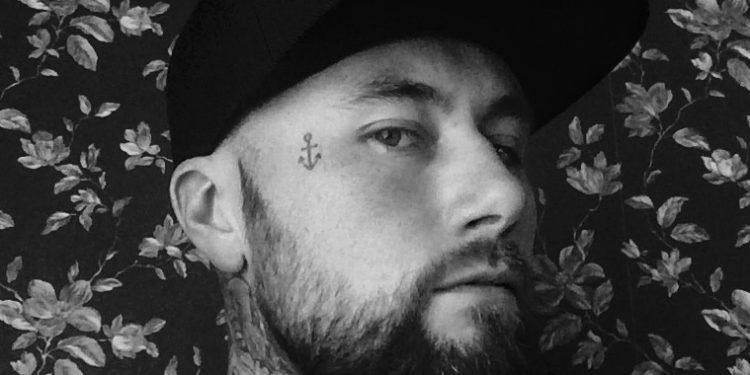 There’s a revolution underway in country music, and Aaron Allen is doing his part. On his latest album, Judgement Day, the native of London, Ont., shows his solidarity with artists such as Chris Stapleton, Sturgill Simpson and Jason Isbell in bringing country back to songs about real life and real people.

Although Allen reveres country music’s legends, he isn’t by any stretch a traditionalist. With much of his body inked, he doesn’t immediately resemble most people’s image of a country singer. But from the moment he kicks his band into gear and launches into one of the new album’s signature tracks, “Rambling Man,” there’s no questioning his authenticity or conviction.

“This is my seventh record, and it’s been a 15 year climb to get to where I am,” Allen said. “What I was doing at the start sounds very little like my music now, but that’s the point of always evolving. I’m always trying to improve my songwriting, while still keeping it honest and reflective of wherever I’m at in my life. This album has definitely brought things up a peg or three.”

Allen came into the sessions with the album’s 10 tracks fully prepared, but he didn’t want the band to hear them until everyone was set up in the studio. It’s a recording method he prefers in order to capture as much spontaneity and live energy as possible. “I like to work under the gun,” Allen said. “I’ll play the song for the band, we’ll go through it five to 10 times and then press record. We spent two days tracking together as band and about two days for overdubs. To me, that’s the most joyful way to make a record—everyone has a say in the process, and we just create it as it comes.”

Such an approach perfectly complements Allen’s plainspoken writing style, which digs deeper into country music’s familiar themes on songs like “Whiskey On My Mind,” “Cold Shoulder” and “Runaway.” Although in the past he’s often been compared to Steve Earle, Bruce Springsteen and cult hero Chris Knight, Judgement Day finds Allen boldly staking out his own territory by drawing from his own experiences, particularly on the aforementioned “Rambling Man.”

“I wrote that song about my drummer Archie Gamble,” Allen said. “He’s been on the road for over 30 years, and I have a ton of respect for his commitment. Music is everything to him, and he’s put all else aside to achieve his dream. I’ve spoken with him many times about how the scene has changed. He’s been through a lot of tough times, but for him it’s been a hell of a ride that he would never trade for anything in the world.”

With Judgement Day, Aaron Allen now begins a significant new stage of his own ride, one that’s poised to add his name to the conversation about Canada’s best new roots rock artists.