Lenka Lichtenberg returns to her Czech roots on Masaryk 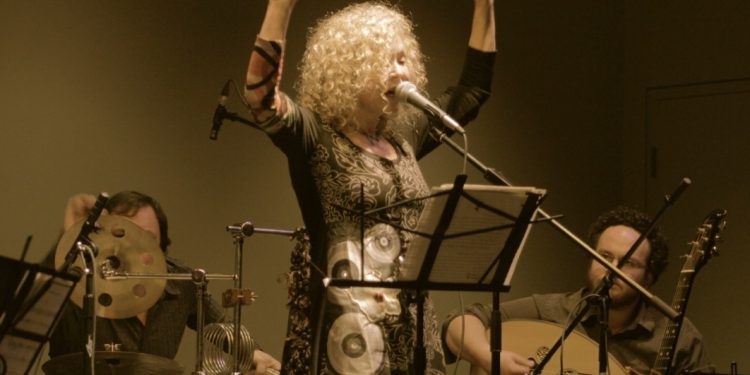 Over the course of the past 20 years, Toronto’s Lenka Lichtenberg has established herself as one of Canada’s foremost Yiddish singers and composers.

The daughter of a Czech survivor of the Terezin concentration camp who had raised her with no connection to her Jewish heritage, Lenka has spent much of her adulthood reclaiming her cultural roots and finding healing in the process.

What she hadn’t done since childhood was record in her native language:  Czech.

This week’s official release of Masaryk changes all that.

“I left the country of my birth not on the best of terms – specifically, in my heart,” explained Lenka, who was a child star in her native Czechoslovakia. “And so I focused on songs of other peoples, found my Jewish identity, and spent 20 years as a Yiddish singer and composer.”

But as her mother grew increasingly ill back home, Lenka returned to the Czech Republic more and more, and while she was there, she’d perform.  Audiences liked her Jewish material, she said, but they especially loved Lullabies from Exile, a program she performed three years ago that includes fragments of Czech lullabies.

“Several people told me after, ‘We really loved your Czech lullabies. Why don’t you sing more of those?’” she said.

Lenka resolved that her next album would be a Czech album, and the obvious source of material, she said, was the songbook of Jan Masaryk, the bohemian son of Czechoslovakia’s founding president.

A reluctant politician himself, who many believe was murdered by the incoming communist regime, Masaryk had compiled and arranged the family’s favourite folk songs.

Lenka’s mother had given her the songbook when she was a child, and she had learned it by heart.

“In July, 2016, we had four rough recordings done just before my mom passed on,” Lenka said of the process of making the album. “I managed to play them on my laptop to her, lying next to her on her bed, three days before she died. At the time, she did not speak much anymore, but I am sure she heard the songs, songs she taught me. After decades of my singing in foreign languages, I was singing in her own. I imagine her heart was happy.”

Lenka launched the album in Prague last November at the Divadlo Semafor, her first time performing on that stage since her days as a hit-making pre-teen.

“It was wild really,” she said.  “The theater was packed – all sorts of people I haven’t seen since I was 18 or earlier, even from Grade 1. I felt I was in a dream. Of course this is an impossible scenario to happen once you are an immigrant anywhere. I never meet somebody from Grade 1 in Canada, or Grade 10. Just can’t happen. But then, I am aware that there’s a price to pay for everything, and that is a small price to pay for everything that Canada gave me.”

“Dobru noc, ma mila”:  “A sweet lullaby normally that my mom sang me, but I turned it into a goodbye song for those departed recently from my life, which is why it’s so sad.”