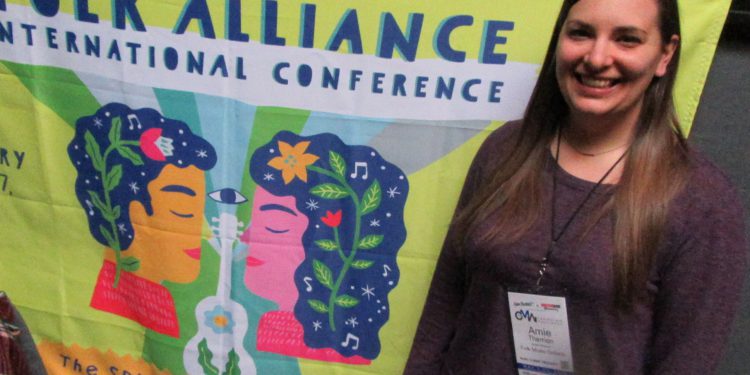 A significant, almost suspicious number of folk folks were noticed rootsing around in broad daylight at the Rivoli on Toronto’s Queen Street West on the Friday afternoon of Canadian Music Week. Scoop is that Folk Alliance International will be holding their 2019 Conference at the recently reopened Queen Elizabeth Hotel in downtown Montréal next February.

Centered on the theme of The Spirit of Creativity, performances, panels, summits and showcases will host appreciations of the creative spark, and inquiries into its partnership with its occasional collaborators, such as spirituality, addiction and mental illness.

The hotel has been repurposed to include an artisans’ market, high-end, homemade, and bistonomic cuisine, and the au courant fineries of artificial turf carpets, bedroom swing-sets, 1-Gig connectivity and abundant ping pong tables. Attendees will have the option of never having to interface with the furies of a Quèbec February. Highlight of the week (Feb. 13-17) will be a 50-year anniversary celebration of the recording, by André Perry, of “Give Peace A Chance” – which will take place in the hotel’s Suite 1742 (the same suite number as that of John Lennon and Yoko Ono’s iconic Bed-In for Peace). All participants will be included in a Guinness Book-ready performance that will echo throughout the entire building / city / known universe.

At the Rivoli schmooze, FAI executive director Aengus Finnan and Canadian representative Treasa Levasseur, artist manager (and FAI programming coordinator) Amie Therrien, Folk Music Ontario executive director Alka Sharma and promotional staff swung and hung with musicians Oh Susanna, Lindsay Ferguson, members of Winnipeg’s The Mariachi Ghost, and Brian Blain, along with promoters, producers, and publicists of national prominence. All will be remixed in hi-def when we all gather again in some serious weather next year. All we are saying is, start learning the lyrics from now: Musician moms: a salute for Mother’s ...