Canadian Music Week:  What’s in it for roots artists? 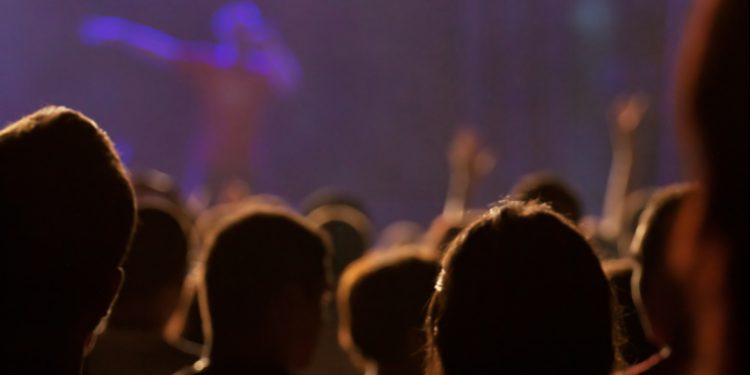 Canadian Music Week kicks off today, and with it, showcases featuring more than 800 artists from across Canada and around the world.   (We’ve highlighted a few of the roots acts here.)

CMW bills itself as “one of the premier entertainment events in North America focusing on the business of music,” and many artists apply to showcase there, hoping it will be their ticket to success.

“I had visions of labels and agents coming to watch and hoped I would make connections that would further my career,” recalled Juno nominated Toronto-based artist Amanda Rheaume of her first few visits to the festival a decade ago.

“In general at that time my ideas of ‘making it’ were a little less realistic!”

But if making connections that could further one’s career is not “realistic,” then what benefit is there to Canadian roots artists in playing the festival?  Is it worth it?

Roots Music Canada spoke to three artists who played CMW when they were just starting out and who are playing again this year.

Here’s what they mentioned about the pros and cons of showcasing at the event and the kinds of advice they’d offer to acts thinking of playing it.

A full delegate pass to CMW costs in the neighbourhood of $600, which is more than many showcasing artists would make playing a gig of the same size for cash.   For some, the chance to listen to executives from leading entertainment and technology companies talking about emerging trends in the music business and how artists can take advantage of them, is well worth the decision to accept “payment in-kind.”

Showcasing provides an impetus for artists to do the kind of industry outreach they need to do for their careers anyway:

Part of being a professional musician is reaching out to industry people who might be able to partner on projects, networking and building relationships.  CMW provides a focal point for that work because a lot of those people are all going to be in one place.

“There’s a big party that everyone you want to meet is at, and you need to put in the work to make those connections happen,” said Toronto artist Brooklyn Doran.

“I’ve done a lot of work contacting and being contacted by publications,” she added. “I think I have gotten more opportunities out of the fact that I showcased at CMW rather than out of the actual showcase that I played.”

It looks good in your press kit:

Let’s face it, if you’re a brand new artist, one of your first challenges in moving forward in the industry is simply proving to people who don’t have time to listen to every new album they come across that you’re a credible act.  Being able to tell people that you made it past the CMW curators and into a showcase slot is a handy piece of shorthand for “I don’t suck.”

“There are lots of great folks milling around at the conference hotel,” said Amanda, “and it’s a great place to strike up more casual conversations than at a showcase.”

Scheduling is a crap shoot:

You might end up on a really good bill at a suitable venue with artists who draw a similar crowd to the one you’re trying to target, or you might get a time slot that’s past midnight at a really small venue, where you struggle to get people out, Brooklyn said.

CMW doesn’t exactly make it easy for people to find you:

This one’s not coming from the artists; it’s coming from us here at Roots Music Canada.  We asked CMW’s media relations team two weeks ago for a list of showcasing artists by genre so we could highlight some roots acts.  It turns out, they have no such thing to offer.  The only way for music fans to find artists that might appeal to them is to go through the whole list of 800 or so and look them up on YouTube or Spotify or some other platform.  Not everyone has a music-loving moose to do all that work for them like we do here at Roots Music Canada.

To be honest, it’s hard to say if it really helps your career:

“I go back and forth on this a lot,” Brooklyn said, adding she always applies hoping that someone will see something in her application that will propel her into a bigger venue with bigger acts – but so far it hasn’t happened.

Nonetheless, while she wouldn’t say she’s gotten work specifically out of CMW, she’s met new people that she’s networked with, she said.

So is it worth it?

Both Brooklyn and Amanda said playing the festival is worth the effort if it’s not going to cost an artist anything.

“For me, I’m here anyway so I might as well do it,” Brooklyn said, but she added, she doesn’t pour money into posters or postcards or other promotional items to support her showcases.

“Because it’s such a large festival, I feel like I’m shouting into the void a bit more,” she said.

Marketing funds, she added, are better spent promoting one’s self at more targeted industry events such as Folk Alliance and Folk Music Ontario.

Amanda agreed, saying she’d think twice about playing CMW if she had to spend money to travel to it.

“I’d want to already have a large amount of interest from industry or already be on tour. I wouldn’t come just for CMW,” she said.

For those who are showcasing, Amanda advised being clear about one’s goals.

“They could be anything,” she said.  “One: play a show in Toronto; Two: showcase new songs; Three: play in front of your Toronto fans; Four: play the festival to be able to put it on your resume that you got a showcase.”’

She also advised artists to invite specific industry people to showcases that make sense for that act.

“If you’re just starting out, it might be hard to get major labels or agents to your gig,” she said.

Do research ahead of time to figure out who to talk to, which workshops to see and which artists to check out come showcase time, Wakefield artist Lindsay Ferguson advised.

She added, “Find a way to make a mark in a unique way when you meet people, creating something special in a business card or promo kind of way.”

Have a look at their videos