The Young Novelists – In City & Country 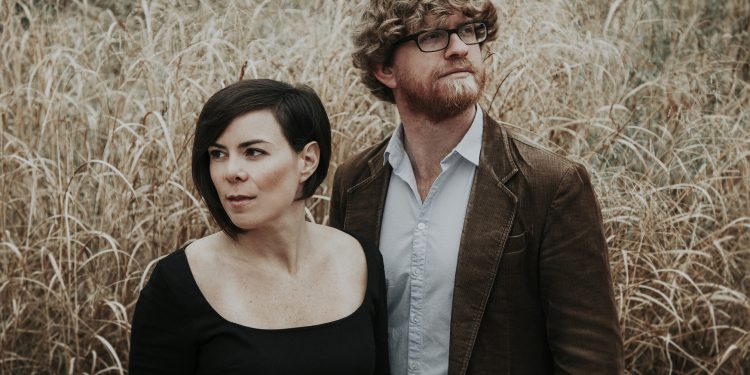 From the outside, the new record by The Young Novelists, In City & Country, is a lyrical investigation of small town Ontario life and its (in)compatibility with the big city escape hatch.  On a deeper level, it’s about not being able to choose between false dichotomies.  However, through the complex motivations that weave through these songs, a fearful suspension of volition becomes the tonal center and conflict point of the album. Indecision unites the crises of this bucolic, often gothic collection of characters and narrators. Open-ended. Evocative.

Literate head novelistas, Graydon James and Laura Spink, have been working on this project “since almost before the last album” (2015’s well-regarded and award-winning made us strangers). They first had the impetus for it in 2014. A Canada Council Grant put the idea into action.

“It’s been really interesting just to talk with people about these stories, finding out lots of things, each unique to its own place. It’s pretty applicable to every place you go.” said Graydon.

“Ridgway (the subject of “Back to the Hard Times”) has probably about 1200 people living there, down on the shores of Lake Erie. There used to be the Crystal Beach Amusement Park from the late 1800’s til 1989. It was called the Coney Island of Buffalo – a couple of roller coasters, Glenn Miller Orchestra in the Crystal Beach Ballroom. Now there`s nothing but a breakwater. At some point it didn`t work anymore and then what do people do?”

Cold sand on the beach and cold stars, out of reach you’re trying out your speech as the days turn dark

~ Back to the Hard Times

Something’s building up: the tension between holding onto the past with one hand and trying to reach into the future with the other becomes a tangible ache.  Problems defying analysis spark the song titles: “Don’t Wait”, “Now’s The Time” and “I Moved On” advise expedience and boldness, while the helpless ennui of “All Alone” and “Living Without a Sound” singe the heart with their hard consequences.

Reconciliation for these lost voices is ultimately realized within the organically lush sound of the group’s SoCal-grade harmonies: they arch like parallel lines etched in infinity, evoking the poignance that the lyrics often understate.

James’ reserved Jackson Browne-tinted delivery supports Spink’s earnest emotional resonance unilaterally and then flowers like incense flumes in the duets, and occasional sublime four-part passages. Subtle shifts in the songs’ trajectories and intently melancholy chordal twists keep the backgrounds varied: engorged with a furious buzz and burr (reminiscent of Neil Young’s White Falcon guitar) one minute, and reduced to a night bird note or two the next.

“(Guitarist) John Law takes the most vague ideas I throw at him,” said Graydon, “like ‘make it really rock!’ or ‘Something like a sonic tapestry,’ and he makes up these solos. He has a really great knack for exceeding my expectations.”

The progression on this disk from folk-roots to folk-rock will pose a challenge to some of their audience. `

“You`d be surprised how many people don`t like drums,” said Spink with a smirk.

Outstanding summer jam “Come Round Again“ will certainly magnetize more new fans for the Novelists, and their core audience of new-folk bros and baes, sprinkled with Mariposa elders who delight in the band`s relevance to the Coldplay generation, will be throbbed out by the intensified social scope of their songwriting.

The predicaments they are encapsulating are of the moment, extending across the societal boundaries that separate city and country. When you climb inside the music, it summons a quiet remembrance of a moaning church organ. Or is it an alien cruiser? And “how does it end?”