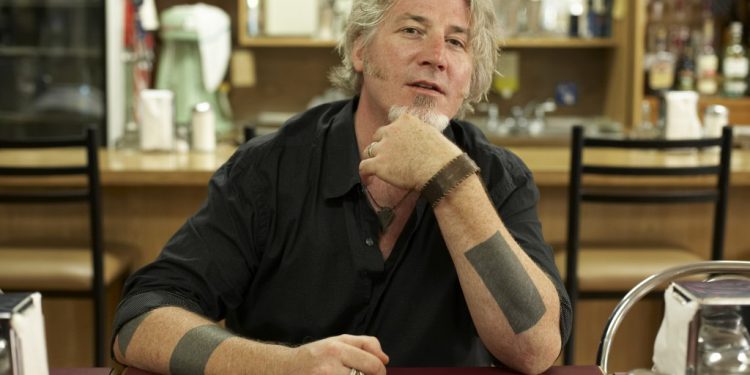 “No One Travels Alone is a contrite apology to my 138 super fans the world over for 2014’s murder ballads album, The Smiling & Beautiful Countryside,” Jon Brooks told me in an email this week.

I had to smile.

Countryside hardly requires an apology, but I got the humour in what he was saying.

If great art is defined as work that makes people think and makes them uncomfortable, then Jon’s last album was a masterpiece worthy of the Met, its centrepiece, a 12-minute account of a mass shooting told through the eyes of the killer.

For those accustomed to hearing Jon’s weathered voice singing kinder gentler protest songs like “Jim Loney’s Prayer” from his 2007 album Ours and the Shepherds, an album about the Canadian war experience, or “War Resister,” about Jeremy Hintzman, from 2009’s Moth Nor Rust, Countryside was as disconcerting as it was compelling.

Jon is cryptic about what we can expect from No One Travels Alone, which comes out on Sept. 22, but one thing’s certain: nobody dies in this new song, which he’s sharing with us exclusively on Roots Music Canada.

In fact, “Todos Caminamos Por Este Caminito” sounds pretty upbeat even by the standards of a non-murder-ballad Jon Brooks record.

Here’s what he has to say about the track:

“We are all migrants. This song is the happiest celebration of our inherent migratory nature. It’s also a quiet protest against recent anti-refugee sentiment and nativism throughout Europe and the US. Upbeat to the point of vomiting in your mouth, “Todos” is definitely radio friendly.”

I don’t know if it’s that upbeat, but have a listen for yourself.