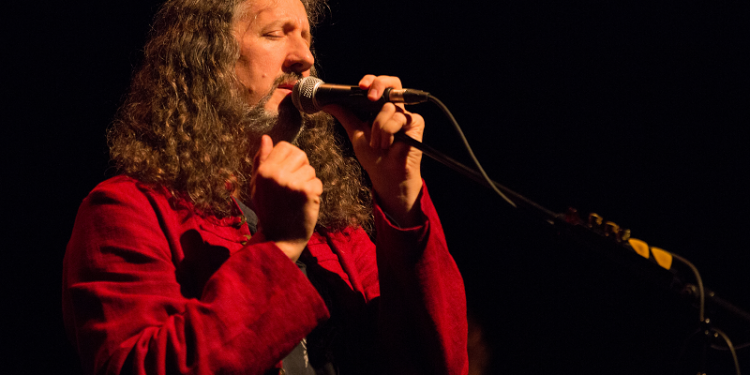 It was a very fun and almost sold out night at Hugh’s Room Live last Saturday night when RPR hit the stage to entertain and showcase their new CD, titled Longview.

The show marked five years since this band’s debut on the Canadian folk music scene, and Longview is their second recording, following five years after Trans Atlantic. The band members’ trademark sense of humour and stage presence was very much in evidence on Saturday night, and the crowd showed its appreciation.

RPR is comprised of musicians Steve Ritchie, Al Parrish, Rob Ritchie and Beaker Granger.  Ritchie, Parrish and Ritchie are alumni of the Canadian folk band Tanglefoot, which called it a day in 2009, after some 25 years on the road and having created some of the best folk music in the Canadiana genre. The band was recognized as Best Vocal Group at the 2007 Canadian Folk Music Awards, and for years played to sold-out houses all over North America and Great Britain. “Footheads” were devastated when the group cashed in its chips.

But in 2013, out of that void in the Canadian folk universe rose a new band. Rob, Al and Steve re-grouped to form RPR, and look back to the Tanglefoot days now with fondness and gratitude for being a part of something that meant so much to so many people.  The new band allows each of them to stretch their musical chops and songwriting talents. Steve plays bass and drums as well as rhythm guitar. Al is equally at home on the guitar as the bass, and Beaker, the drummer, also plays guitar.  The instrument swapping that goes on in RPR gives you a glimpse into the multi-instrumental nature of the guys’ talents, and of course, they are all gifted singers and songwriters.

The vocal prowess that helped to make Tanglefoot such a success has naturally carried over into RPR. Gorgeous harmonies that go back to the Ritchie boys’ childhood experiences with church choirs on the Bruce Peninsula make the hair on the back of your neck stand up.

But this is no choirboys’ gig. Boisterous sound, electric instruments and a much more rock music-oriented flavor make RPR a completely new incarnation for these guys.  Experimentation with unusual time signatures is happening, and you can hear the heavy metal musical influences from the drum kit to the electric instruments. You can just tell they’re having a blast playing this new music.

Said Steve: “All these songs are insanely fun to play!”

Don’t get me wrong though… the rock influence may be there, but it doesn’t disguise the heartfelt lyrics these guys write. Empathy is in their DNA, from Al’s “Tear Down this Wall… and Build a Better World…” to Steve’s “At the Checkout,” which explores the question of “what do you say to someone who has experienced a huge personal loss?”  On “Temporary Song” about the Hurricane Katrina tragedy, Rob writes: “hold back water, hold back tears, hold back chaos, hold back fear…” These are songs that inevitably leave you speechless.

They tap into nostalgia, too, especially in the song “Crop Dusting,” where Al talks about going nowhere at all, letting his Pontiac roll down the road.  He’s painting a portrait of the past, tapping into memories many of us share of a simpler time where we were more connected with the community in which we lived. There are universal truths there.

The band has definitely diverged big time from the constraints of writing historical story-songs. Steve, Al, Rob and Beaker are painting themselves with a much broader, multi-hued musical brush, and it looks good on them. They’re taking the, shall we say, long view.