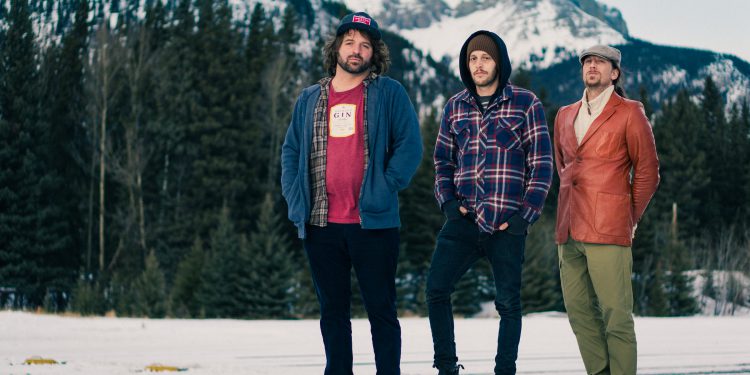 Since forming in 2013, Elk Run & Riot have made it their priority to write songs that reflect who they are and where they live. For the alternative folk outfit, that environment is Alberta’s Bow Valley in the Rocky Mountains, whose natural wonders greatly inspired the group’s third full-length album, Animalia.

The songs on Animalia are a mix of old and new. The band experienced a fertile writing period during summer 2017, while other songs date back to Elk Run & Riot’s beginnings, dusted off and given a facelift. It all came together during two intense days in September 2017 at Calgary’s Studio D, overseen by co-producer/engineer Steve Dierkens, who also provided drums along with Kent McRae. Lyrically, the songs tell stories of love, addiction, and everything in between that goes on in the trenches of the Bow Valley.

Among Animalia’s standout tracks are “Wandering,” a story about coming to terms with a relationship that is too far gone to bring back, and “Industry Night,” a shout out to those who work in the service sector in the tourist mecca, Banff. It’s a tale of life moving way too fast but at the same time not going anywhere. As well, “Something To Prove” reveals a darker side to the record, examining the struggle of life’s uphill climb, while “Thick As Thieves” describes two souls coming together under the worst conditions and finding reassurance that all they need are each other.

Elk Run & Riot have stuck to a similar philosophy as a band, working tirelessly to evolve as songwriters, while performing as much as possible, from house shows to the Canmore Folk Festival and the Banff Centre’s Shaw Ampitheatre. Along the way, they’ve followed the examples of such artists as Joel Plaskett, The Lumineers, Wintersleep and The Band in developing their own distinctive sound. Its biggest component—and Elk Run & Riot’s defining characteristic—is the band members’ chemistry as vocalists. On their first two records they took full advantage of multi-tracking capabilities to craft three-and-four-part Beach Boy-esque harmonies, but on Animalia their vocal blend comes across intimately and vividly in the simplified setting.