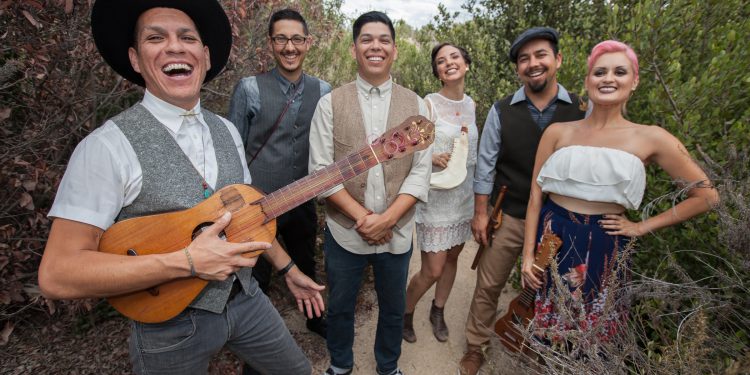 “Do you know that buzz you get after you spend a weekend at a festival?” Tom Landa asks me over Facebook messenger.

“For example, I always feel amazing and inspired and happy when I go to the Van Folk Fest. There is a community there. I always wonder where those people go the rest of the year. I am trying to keep that connection and that feeling going …”

To that end, Tom, the Juno winning musician behind the Celtic pop group The Paperboys and the Mexican folk group Locarno, co-founded the Vancouver World Music Festival four years ago, along with his Locarno band-mate Robin Layne.

The festival has several goals, including showcasing Vancouver’s up-and-coming talents and helping to rebuild the city’s once thriving global music scene, which was shoved to the margins when the city’s stratospheric real estate prices forced the closure of countless venues.

But above all, Tom insists, it’s about creating community.

“We have a reputation in this town for being unfriendly and cold,” he said. “We have also lost a lot of venues and places that bring together community, so I guess we are trying to change that in a small way.”

Have a look and a listen to some of the artists from this year’s line-up.

An East L.A. band that combines Afro-Mexican beats, rhythms, and rhymes with traditional Son Jarocho (Veracruz folk music) instruments like the jarana, requinto, and tarima (a wooden platform) – along with positive messages about love and social justices and a mix of sounds, from rock and hip-hop to rancheras.

A Vancouver band showcasing the music of Zimbabwe.

“The Boom Booms, though not technically a world music group, also share the same ideology of community and social justice [as the festival],” Tom said.  “They also run their own festival and give back to the community.  Musically, they have been to Brazil and incorporate Latin music into what they do.”

“All Day All Night”

A new Vancouver band playing a fusion of Cumbia, Russian, and Slavic music. “They are very much an East-Van band,” Tom said.