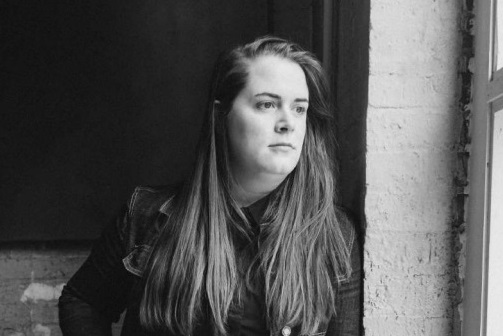 Calgary-based singer-songwriter Mariel Buckley has released “One Time Asking,” the second single from her sophomore album, Driving In The Dark, out May 4. This track follows the previous single, “Rose Coloured Frames,” and comes ahead of the launch shows for Driving In The Dark on May 4 in Calgary and May 5 in Edmonton.

For Driving In The Dark, Mariel teamed up with decorated songwriter and producer Leeroy Stagger. The album boldly displays her evolution as a songwriter, with Stagger’s production adding a richer, edgier tone. Overall, Driving In The Dark is a complex experience of loss and uncertainty, propelled by raw Americana and tender notes of traditional country.

Speaking about “One Time Asking,” she said, “I’m not much of a fighter at all. Most of the conflict in my life is directly parallel to the turmoil I’m feeling inside myself. I act out because I’m feeling guilty, ashamed or depressed and take it out on the ones I care about, which is a pretty common human reaction. When ‘One Time Asking’ came to be, I was at a breaking point with myself and many of the people closest to me. I knew that I needed to start making real changes within to keep my relationships healthy, but more importantly to keep myself from spiraling further out of control. The song has an achy kind of longing, which is exactly what I was feeling. I can’t say I’ve gotten to where I’d like to be, but the act of self-reflection through this tune was a big step in the right direction.”

Hailed by No Depression as, “a new Loretta Lynn, speaking her mind… Throw in a little Townes Van Zandt mixed with Joan Jett, and you’ve got an artists who’s going to grab a lot of people’s attention,” Mariel has been further praised for offering a crunchy, roots alternative to the sea of neon-Nashville superstars. Her performances have led her to supporting idol k.d. lang, and entertaining audiences at the Calgary, Edmonton, Canmore and Fort MacLeod Folk Music Festivals.

The LYNNeS – Heartbreak Song for the ...