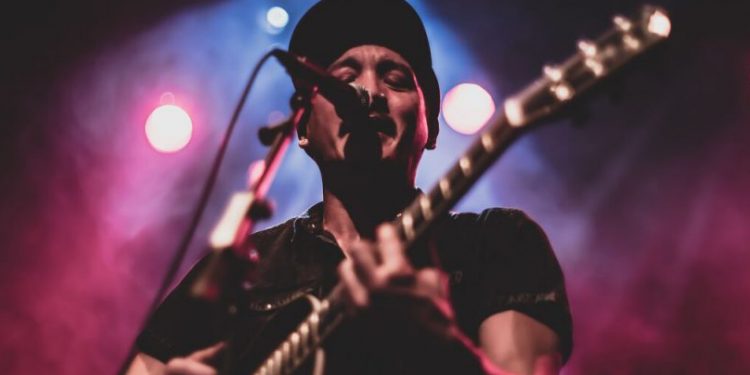 Rick Buckman Coe is such an uplifting human being that scientists should really study him as a possible cure for depression.

I had the pleasure of doing publicity for his last album, the Reggae-based, globally-infused Malama Ka ’Aina, and I could’ve sworn after my very first conversation with him that the sun had come out, and the weather outside in Thunder Bay, where I live, had just gotten ten degrees warmer.

It’s not that Rick, who performs simply as Buckman Coe, wanders through life with a pollyannaish view of its problems.

He has a critical understanding of the world’s injustices, gained in part through studying economics at the University of Leeds with a focus on economic inequality.

But he combines his passion for social justice with an obvious sense of brotherhood and sisterhood with all of humanity, cultivated perhaps during his time studying psychology at the Buddhist Naropa University in Colorado or through teaching yoga and working with people with special needs and mental health issues.

That rare combination of realism and optimism allows Rick to sing songs like “Decolonize” on his new album, Altar, with all of the soul and easy-going joy of Ben E. King singing “Stand by Me.”

“When I first heard the term ‘Decolonize,’ I had a bit of a knee-jerk reaction, as I literally imagined this impossible and unreasonable idea of turning back time and for all settler peoples to return to their countries of origin,” Rick told me by email.

But he said his experience at school, the histories of his own ancestral homes – he is of English, Taiwanese and Malaysian descent – and his experiences in social and environmental justice work made him sympathetic to those affected by colonialism.

“This song is really about acknowledging privilege, history, and the hidden ‘isms’ that exist within our own minds, and the responsibility that we have to decolonize them from our psyches, and to learn to be allies to Indigenous people as well as other marginalized and disenfranchised people,” he said.

That act of being an ally, or an activist in one form or another, inspired a number of the songs on Altar, he added.

He wrote “Tied to Your Fate,” for example, in the back of the car heading to the Peace River Valley for Paddle for the Peace, an action against British Columbia’s controversial Site-C dam.

Part of the song was also inspired by a couple of weeks spent at Standing Rock in North Dakota, he said.

“Down to the Frontlines” was written the night before Rick accompanied David Suzuki’s grandson, filmmaker Tamo Campos, on a trip to the Sunshine Coast to speak with people resisting the felling of old-growth forests.

The sound of this album harkens back to Rick’s earlier singer-songwriter work, with far fewer references to Reggae and global rhythms than Malama Ka ’Aina.

But what started out as a pure folk project evolved organically into a recording that is drenched in soul, Rick’s airy, joyful tenor being a natural fit for the genre.

And I would be remiss if I didn’t remark on the album cover, a resplendent painting of an old tree worthy of a place in an art gallery somewhere.

In fact, Rick told me, it is Angela Andersen’s painting, Altar – from which the album gets its name, and the image comes from Cathedral Grove, which B.C.ers will know is a beautiful stand of old-growth forest on Vancouver Island.

“This image and the title fit the album way better than any of the previous ideas I had worked on,” Rick said. “I felt that, ultimately, the ethos of the album was of reverence to nature and life, and that this was the ‘altar’ upon which I am offering these songs.”