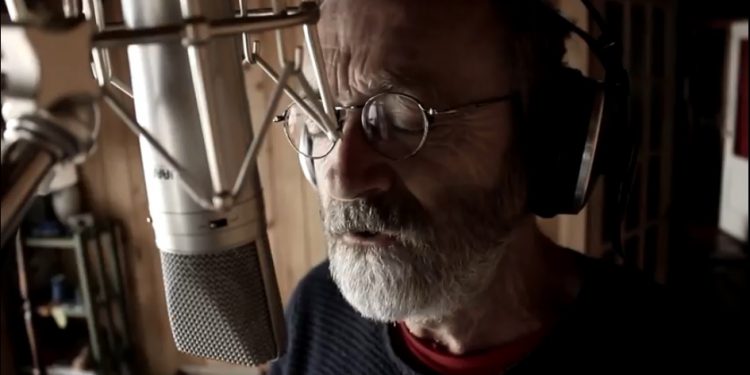 David Francey launches his new album, The Broken Heart of Everything, on Apr. 20.

It’s a beautiful, reflective album that includes several songs about dearly departed friends and loved ones, happy memories of childhood, the not-so-glamorous aspects of life on the road, and the kind of mature love one feels for a partner one is growing old with.

David will be touring this record in a rather unique way.   He’s taking a break from singing to rest his voice, which is currently suffering the effects of strain.   So instead of getting up on stage, he’ll be traveling with an exhibit of his beautiful paintings.  We’ll bring you much more on that tour and this album later this month.

But right now, David has agreed to give us an exclusive first look at one of the videos from The Broken Heart of Everything.

This is called “Lonely Road,” and it’s dedicated to his wife, Beth Girdler.

Thank you for the preview, David!