Kiran Ahluwalia launches her new album with a Love Fest 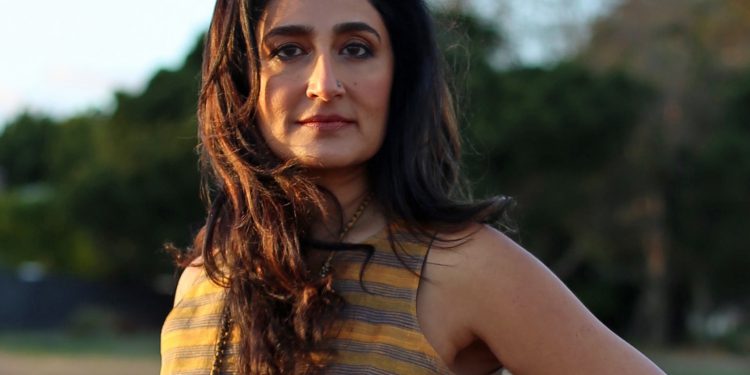 If I told you that Kiran Ahluwalia’s new album was inspired by acts of cultural intolerance, you might be forgiven for suspecting a certain U.S. president as the inspiration.

After all, the Juno-winning Canadian chanteuse, who was born in Patna, Bihar in northern India, has been living stateside for more than a decade.   How could Trump not be top of mind?

But the truth is, Kiran was well into composing 7 Billion before the present commander in chief began contending for the Republican nomination.

The album, she said, was a response to acts of cultural intolerance perpetrated against religious minorities across Canada and the U.S. – the anti-Sikh flyers circulated in Brampton in 2014, for example, or the violent assault of a Sikh man vacationing in Quebec City.

“All of these things are the things that created angst and sadness in me, and music has always been the way that I release emotions, so naturally, the first thing I did was to write a tune about it,” Kiran said.

That song was “Saat” (Seven), the second song on the album and a song about cultural intolerance.

The album cover for 7 Billion

After writing the song, however, Kiran still felt helpless, like writing one song and going to the bunch of protests she’d been attending still wasn’t enough.

She wanted to do something positive, and thus was born the Love Fest.

It’s an effort to create an artistic window on the worlds of Islam and Sikhism, two religions widely mistrusted in North American culture, she said.

Kiran, whose heritage is Sikh, will share the billing with Souad Massi, one of the most renowned singers in the Muslim world, along with Sikh temple singers and Egyptian Tanoura Sufi dancers.

The tour will make three stops in southern Ontario in April:  Oakville, St. Catharines and Toronto, while Kiran and Massi will continue on to Montreal for a double bill, sans traditional dancers and singers.

Apart from being a rare chance to see the sublime Massi and to hear some traditional sounds that are seldom seen on North American concert stages, the Love Fest will showcase Kiran’s own divine music, which is the very embodiment of cultural celebration – an intoxicating blend of South Asian vocal traditions, Malian influences, western blues, rock, R & B and jazz.