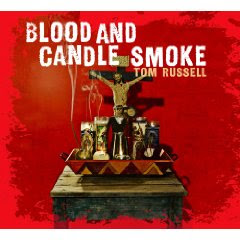 Here are my picks for the Top 20 folk-rooted or folk-branched albums of 2009. There were several other worthy albums that could have easily been on the list; and they might well have been had I compiled the list on a different day.

1. Tom Russell- Blood and Candle Smoke (Shout! Factory). I’ve long been convinced that Tom Russell is the finest songwriter of my generation. This set matches his stunning, insightful songs with creative backing by several Southwestern musicians, including members of Calexico.

2. Leonard Cohen- Live in London (Columbia). One of the greatest songwriters of all-time performs an amazing, meticulously planned and executed concert revue of songs drawn from the past 40-plus years.

3. Susan McKeown & Lorin Sklamberg- Saints & Tzadiks (World Village). Lorin Sklamberg, lead singer of the Klezmatics, and sublime Irish singer Susan McKeown take Jewish folksongs in Yiddish and Irish folksongs in Gaelic or English and mix them together, seamlessly singing in the language of their own and each other’s cultural heritage, occasionally mixing the languages into the same song, to stunning results.

4. Woody Guthrie- My Dusty Road (Rounder). In 1944, in a six-day recording marathon, Woody Guthrie recorded about 250 songs, some solo and lots with backup from fellow folksinger Cisco Houston and Sonny Terry, the great blues harmonica player. Several years ago, some pristine masters from those sessions were discovered and they allow us to hear Woody with an unprecedented sound quality. This 4-CD collection includes 54 songs and although I’ve been listening to previous releases of most of this material for most of my life, listening to this set is almost like hearing Woody and these songs for the first time.

5. Maria Muldaur- Maria Muldaur & Her Garden of Joy (Stony Plain). Maria Muldaur started her career in the 1960s playing in jug bands and returns to the genre with this terrific, infectiously fun, set.

6. Loudon Wainwright III- High Wide & Handsome: The Charlie Poole Project (2nd Story). This meticulously researched project, unlike anything Loudon Wainwright’s ever done before, combines songs from the repertoire of Charlie Poole, one of the pioneers of country music, with original material written from the perspective of Poole or the people around him.

8. Ramblin’ Jack Elliott- A Stranger Here (Anti-). For the first time, Ramblin’ Jack Elliott devotes an entire album to blues and sounds amazingly free and relaxed. The arrangements seem to be both as old as the songs – and as Jack himself – and, yet, utterly new and contemporary.

11. Various artists- Singing Through the Hard Times: A Tribute to Utah Phillips (Righteous Babe). This loving tribute to the late Bruce “Utah” Phillips includes 29 songs that were written or co-written by him, three more that he didn’t write but which were part of his repertoire, and another seven that were in the spirit of some aspect of his music or persona.

12. Nanci Griffith- The Loving Kind (Rounder). I think this is Nanci Griffith’s best set of mostly original material since The Last of the True Believers in 1986 and her best album period since the two Other Voices albums in the 1990s. She’s again writing songs with something to say and she’s singing like she means it.

13. Guy Clark- Somedays the Song Writes You (Dualtone). Guy Clark has had some health problems in recent years and you can hear it in his voice. But Guy’s still writing and singing compelling songs.

14. Bob Dylan- Together Through Life (Columbia). Dylan is still giving us great songs steeped in the “old weird America” of the blues and folk music traditions.

17. John Gorka- So Dark You See (Red House). This is, I think, the best album John Gorka has ever made. His incisive songwriting is better than ever and his performances are seemingly unforced, but compellingly forceful. In addition to his own songs, he also turns in sublime versions of Michael Smith’s “The Dutchman,” Bruce Phillips’ “I Think of You” and “Trouble in Mind,” the blues classic.

19. Lynn Miles- Black Flowers Volume 1-2 (True North). This 2-CD set represents the first volumes in Lynn Miles’ undertaking to record or re-record acoustic versions of all of her songs. Without other musicians on these tracks, my attention as a listener is, indeed, focused directly on Lynn’s voice and the songwriting and we hear her songs on a much deeper level than ever before.

20. James Keelaghan- House of Cards (Borealis). This album is dominated by James Keelaghan’s finely-crafted personal songs, but also includes several superb songs that look beyond his own – or his fictionalized own – perspective.

Alejandra Ribera has a cigar